Mike recently joined our Industrial Design team after graduating from Detroit's College for Creative Studies and completing an internship at Kohler. We spoke with him about his background in ceramics, passions for biking and creative meditation, and why he sees data and power sources as important themes in design.

Michael grew up in Rhode Island and received his BFA in Product Design at The College of Creative Studies in Detroit, Michigan. While earning his BFA, he received a grant to work with a local urban farm through the Ford Foundation, taught and mentored youth at Back Alley Bikes as a program leader, and joined a ceramics collective in the neighborhood of Mexican Town. After graduation Mike interned at Kohler Co. before finding his way back to New England to intern for Essential. Mike recently joined the team as a product designer this summer. 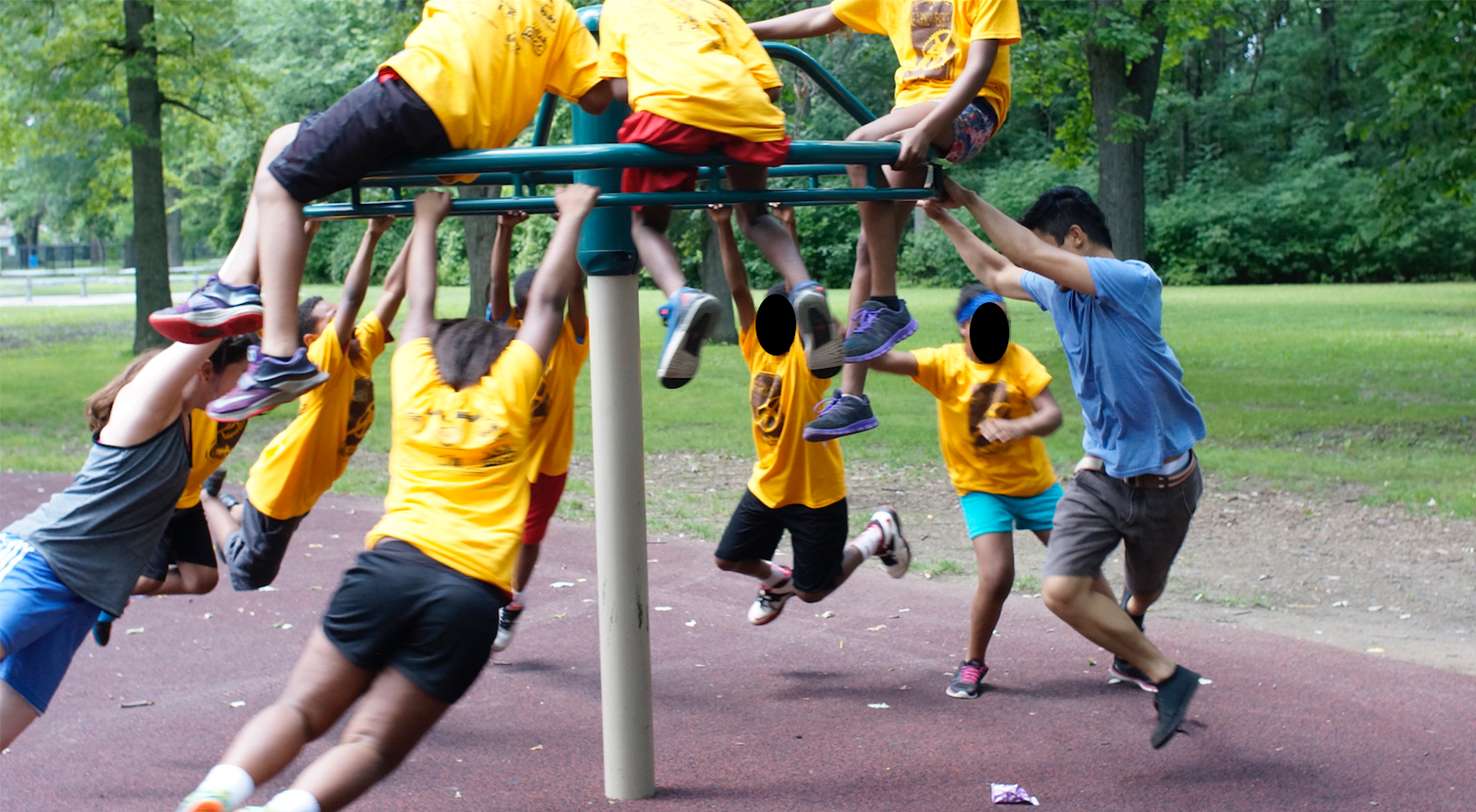 A celebratory summer play break taken during a bike ride with children of the Back Alley Bikes program. (Greater Detroit area, 2015)

You came to Essential from Kohler. What was it like working for a large manufacturing company with a design-led culture?

Seeing how design could play an integral role in such a massive company was pretty refreshing. Designers are very much thought leaders in the organization and play an influential role in the direction of the company, which is pretty rare for a large company - especially one that's been around since 1873. Since Kohler is known to be a leader in their field, there's a constant need to push the envelope and not just stay on trend but actually drive those trends. But, of course, there's plenty of less exciting day-to-day products that need to "feed the machine" that can slow down that innovation too. Seeing how closely business considerations were tied to design considerations, and experiencing the design process from an in-house perspective has enabled me better understand and work with clients as a consultant.

How did you go from pursuing art to breaking into Industrial Design.

I was pretty much all over the place in trying to figure out what I wanted to do growing up. But in short, I have always had a passion for the arts. I started in community college, pursuing a career in illustration but realized it wasn’t the right path for me. Somehow, I found my way into ceramics and became enamored by the physicality of the medium and the hands-on approach to creation, so naturally, I switched my focus to that. It was only when I started at The College of Creative Studies (CCS) that I discovered Industrial Design. To me, it was a good combination of all of my interests. After a semester at CCS as a crafts major and some thought, I switched my major.

Tell us about one of your favorite college courses.

I took a meditation course in college titled “Consciousness, Creativity and Identity.” It had two parts to it. The first half was a thinly veiled sociology course where we discussed a wide range of concepts around individuality, societal expectations, college culture, and creativity. The second half taught us how to meditate. We had meditation gurus come in who taught us Primordial Sound Meditation. A big part of it was receiving individual mantras for us to use. We would meditate during class as a group and individually at home. I still remember my mantra and meditate from time to time. (There’s a short 30-minute documentary about it at tuningthestudentmind.com. Watch the trailer below.)


The trailer for Turning the Student Mind, a documentary that "follows several fine art students as they embark on a new kind of academic journey" in Consciousness, Creativity and Identity. The sociology course provokes intensive identity studies, and is where Mike learned to practice creative meditation.

What are some of the trends you see influencing how we design today?

Better batteries! If you think about it, smaller, more efficient batteries have helped drive the form factor of most -if not all- electronics. Batteries have gotten so good that, to a certain extent, we don’t have to worry too much about making something too small or if it’ll have enough juice. It’s also super exciting to see the electric vehicle market expand due to how much battery technology has evolved.

I also see the utilization of data and analytics as a huge macro trend having an integral role in the products and services we develop. With it, we can make “dumb” products, “smart” with new and diverse features. We can develop personalized services that understand individual user’s unique needs, and what I’m excited about is how it can help drive the Circular Economy in the coming years.

We hear you're really into biking. Tell us about that.

I’m one of the many people here who likes to ride their bike. For me, biking is a simple way for me to get outside, avoid owning a car for as long as I can, and get a little adventure in from time to time. When I’m not biking around town, I like riding long distances and have partaken in one or two 24hr charity rides. My best was 150 miles within said 24hrs and last summer I biked up the coast of California on Route 1!

What are you learning right now?

I spent the better part of a year in my free time figuring out how Grasshopper, (A Rhino plugin), works. It’s defined as a node-based scripting plugin based on the Rhino modeling GUI to create complex 3D forms. It allows someone to utilize flexible and multi-layered sets of data points to create complex assemblies and surfaces that would take forever to do in any other program. I definitely don’t know all there is to know about how to use this program but I’m hoping that one day I can create any kind of definition in a fraction of the time it normally takes.