CES has a reputation for being one of the largest conventions in the world, with 3,800 exhibitors and 170,000 industry professionals finding their way to the City of Lights this year’s 2016 edition was no exception. 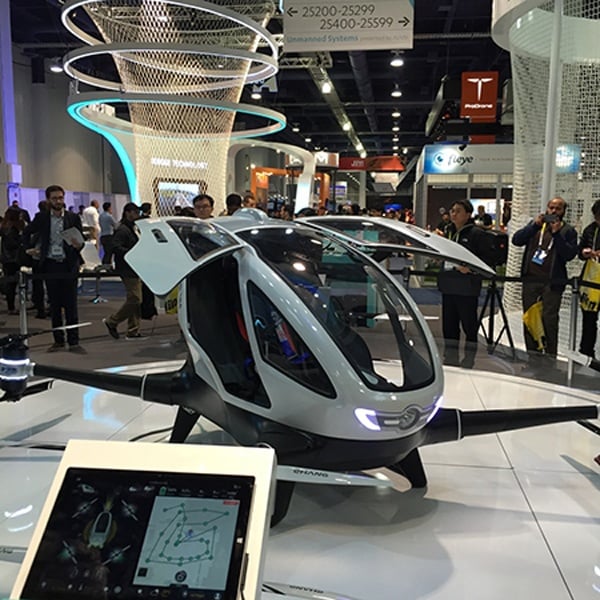 Swarms of drones with their designated flying arenas were seen scattered throughout the show. Drone wars seemed to have reached a point of epic visual parity, with the obvious exception of the unfortunately named EHANG 184 AAV (Autonomous Aerial Vehicle), the world’s first human-carrying drone. Indeed, a possible glimpse into our future. Aside from some serious safety concerns, one wonders why this didn’t happen sooner. 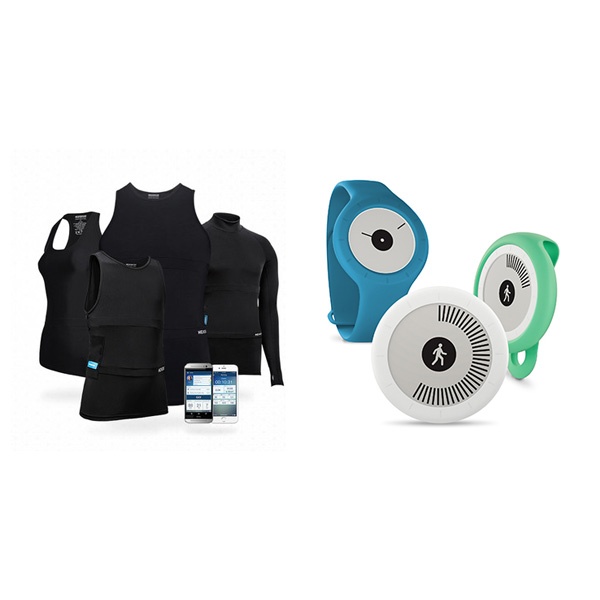 Wearable tech dominated the scene with every sporting good and fashionable tech brand developing the optimum fitness tracker or a suite of connected trackers to collect activity data. The Hexoskin smart shirt, Owlet baby sock, Finis Swim Cap and Ombra the world’s first smart bra were outstanding exceptions that broke away from the more traditional wrist-worn wearables.  The wearable industry was emphatically not phased by the introduction of the Apple watch and continues to search for cheaper integrated solutions for collecting biometric data. In-ear headphones (earables) were also an area of excelled wearable development with wireless biometric sensing headphones abound, most notably the Bragi Dash. Perhaps spurred on by the rumored headphone jackless iPhone 7. There was oddly enough even a trend of ‘dumber,’ less expensive wearables designed to do the same job as the more expensive devices but with smaller forms and simple feedback mechanisms, such as the e-ink Withings Go. 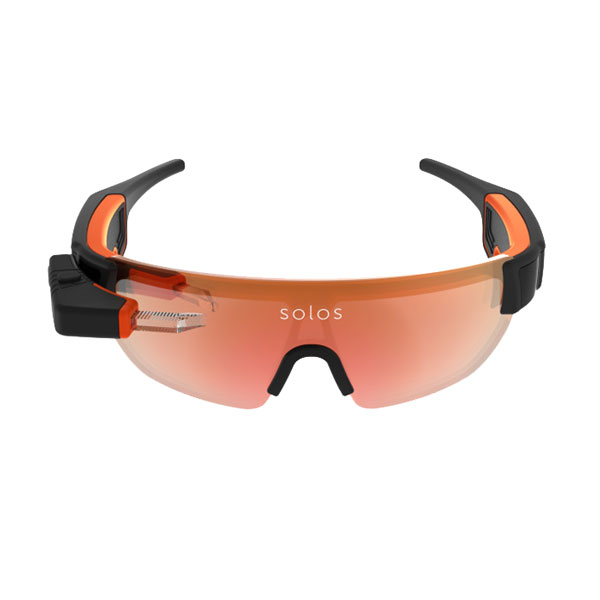 The sleek and aerodynamic Kopin Solos designed in partnership with Essential premiered to outstanding reviews and enthusiasm. The heads-up display allows elite cyclists, trainers and coaches to maximize real-time data without compromising the human mechanics of riding. 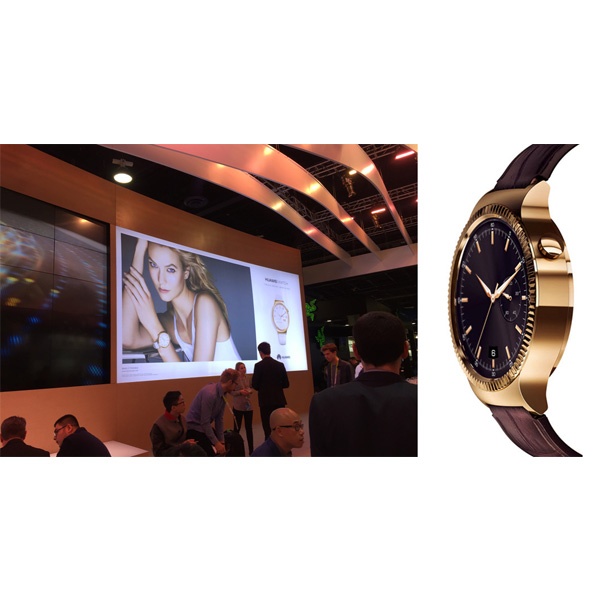 Huawei the worlds 3rd largest mobile phone company was able to steal attention with their well executed but not particularly innovative smart watches and their Flagship Mate 8 smart phone, riding on their coveted Nexus 6P. Top fashion photography and supermodel Karlie Koss added a touch of sophistication to their exhibition. 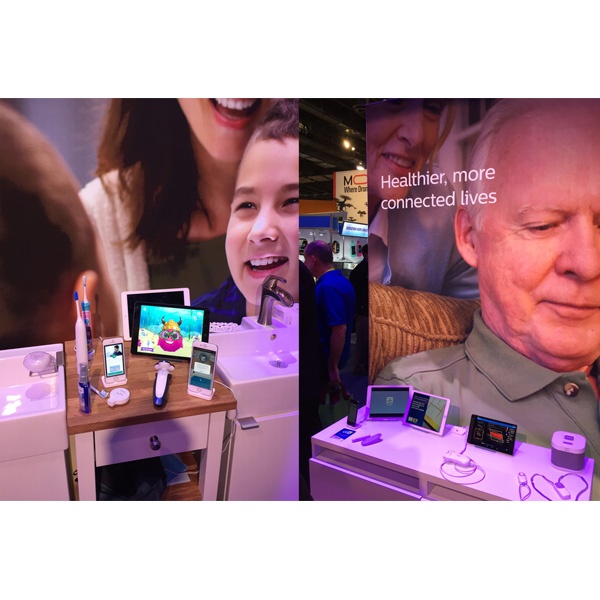 In the Digital Health Space there was an overarching theme of at-home patient care that aimed to allow patients to monitor their health more professionally outside the doctor’s office and conversely for doctors to collect more detailed and longitudinal diagnostic data. Among others, Philips showcased a hand held ultrasound device that directly hooks up to a tablet and a mouth-health breathalyzer connected to your smart device. 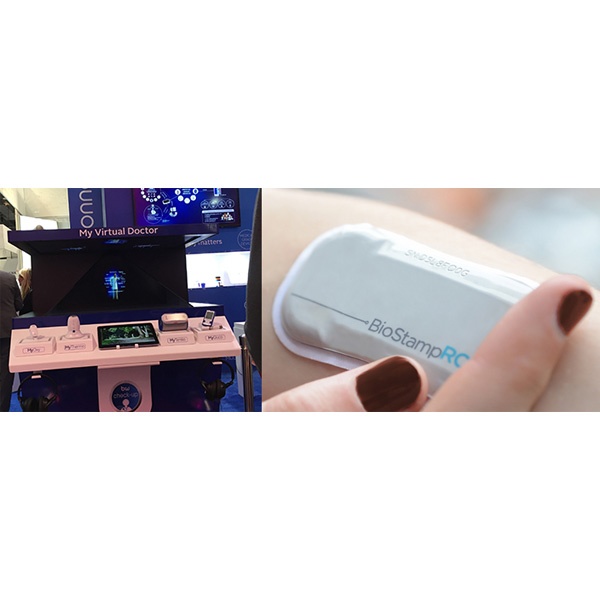 Bewell Connect had a suite of home medical diagnostic devices including MyThermo, MyTensio, My Gluco, MyOxy, MyECG, and MyCoach. Allowing users to do many diagnostic tasks in the comfort of their home. UnitedHealthcare’s Motion, a proprietary wearable aimed at gathering activity levels to offer incentives on insurance plans based on results. Lastly, there was a surge of disposable smart patches designed to gather data or even administer medication. One example, the BioStampRC, is crafted to collect surface electromyography (sEMG) as well as electrocardiography (ECG) and deliver it wirelessly to your smart device. 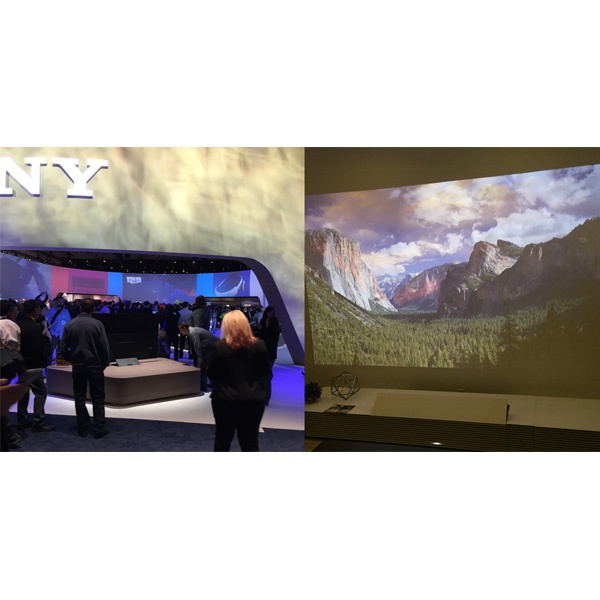 Sony had one of the most aesthetic exhibitions at the show, with a custom circular exhibition space showcasing their tech and future connected home devices in a very lifestyle friendly way. Their “Products For Life” space exhibition included adding speakers into light bulbs and novel ways of integrating projectors into the home. Using light sockets to integrate sensors, monitors and cameras throughout the home was a trend. 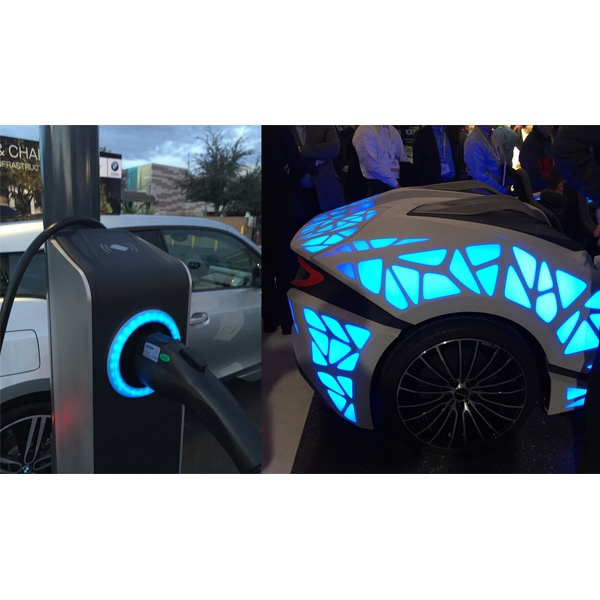 This year more than ever, the auto industry took over much of the main halls with concept cars and demos to claim stakes in the future of self-driving and electric automobiles, clearly not wanting the rumored big tech players to take over their space. With Google, Tesla and maybe even Apple coming into the game in the near future.

Overall, CES 2016 was composed of many iterative technology innovations that we have been excited about for years. However, tech is getting smarter, smaller, more ubiquitous and integrated in more meaningful ways into the objects around us. Batteries are longer lasting, charging faster, more compact and viable wireless charging might be just around the corner.

Virtual Reality, Augmented Reality, Autonomous Vehicles, Wearables and the Internet of Things are no longer limited to sci-fi novels but are now viable tech; ready to fit into our lives in more desirable ways, making laptops, TVs, tablets and cell phones feel old-school and lackluster.

As has historically been the case, there was a notable absence from the big players in tech as Apple, Google, Amazon, Facebook and Microsoft were nowhere to be seen on the floor, opting for private product launch events instead.

CES remains the world’s premier event for professionals to tap the pulse of where the consumer tech industry is today and the direction of the future. Even if many products presented at CES are quickly forgotten, there will unquestionably be a few that find their way into our everyday lives and hearts. See you next year CES!